Discover Australia beyond the Opera House 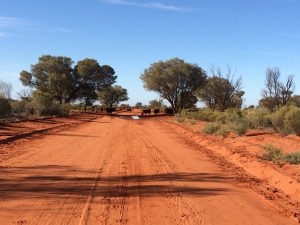 Most of what many of us know about Australia is kangaroos, koala bears and the Sydney Opera House. Lannah Sawers-Diggins wants to introduce you to the world she grew up in - The Outback. It’s a land where nature reigns supreme and rain is an event to be celebrated. About 60,000 residents inhabit this unspoiled landscape that city folk often call a wasteland. People settled the Outback in ‘Stations’ very similar to what Canadians call cattle ranches. This mysterious land is worth a closer look.

Lannah left her home and family to attend Boarding School at the ripe old age of 11. She lived for school holidays when she could escape city life and return to the Outback. It has a very strong pull for her as she “cannot get the peace, quiet and solitude anywhere else.” She often “feels a need to escape from the city and get into the Outback to save her sanity.”

It was her father’s death that led her down a path to combine her passion for the Outback with her love of writing. The result was a five-year odyssey of road trips, photography and story-gathering throughout the land of her childhood. Her book, Red Dust Dreams, is now being documented on film. Her transformation continues.

I originate from the Outback of Australia – a sheep station in the north-eastern pastoral district of South Australia.

Looking back on my childhood – it was really lovely and one that I wouldn’t change. It was and still is a very isolated existence, particularly given that in those days we didn’t have the ‘good’ dirt roads and cars, nor today’s technology. My outings and social times were the very rare trips down to Adelaide (our capital city), to see my grandparents and cousins.

I really did love that life. A lot of time was spent on lessons – doing our normal morning School of the Air lessons (over a two-way radio) and then correspondence lessons, taught by a governess. Leisure time was usually spent outdoors. It was a lot of fun. We had to make our own entertainment. I still would not have had it any other way.

It was during this isolation and being by myself ( not ‘lonely’ because I honestly never felt that way  ) that I began drawing and writing. The latter was sparked partly because of the family of our boundary-rider (station employee). There were 15 children in this family and the eldest four or five loved writing letters. One of the highlights of my childhood was our ‘mail day’ - the day ( usually a Saturday ) when someone would drive to the mail and grocery drop-off place and then return home with these goodies. I would then sort that mail and was always very envious of the big, fat envelopes arriving for the Giles children. I remember having a strong desire to write short stories or a full book and have them published. This fuelled my life-long passion for writing.

But I began to gain a taste for life away from the Outback. Once I left school in my late teens, I stayed on in Adelaide, employed in a series of jobs. I worked with a swimming pool business, as a nanny/nurse in an orphanage and finally behind the scenes on a computer at a bank. It was during this last position that I began being sent to other states and cities to help train new staff – and this gave me a taste of life away from Adelaide – and I was never to return there to live. I also knew that I could never return to the Station to live. I loved it then and always will, but it is a tough life and I am not cut out for it as an adult.

But I still love going up to our Station to visit. Naturally, I have many childhood memories of the area. My youngest brother and his wife live there. Our parents’ ashes were scattered on the top of a favourite hill overlooking the homestead complex and I try to visit them each time I return.

The people who live out there on those mammoth Stations have a tough life. I watched my parents as they lived their lives. I also visited and interviewed residents of 20 pastoral Stations. I saw it all. The good, the bad and the downright ugly. Also the very happy and funny side. Life has not changed. That said, most of the Stations these days have electricity and the Internet now and their roads are usually good - although still mostly dirt.

As a child, the challenges were many. I well remember my mother having to place a weekly order with someone in Adelaide. It would come up by train along with the mail and newspapers. We would then have to drive to the drop-off place to pick it up. Milk too, was delivered and left in a culvert on the side of the main road. We had to get it quickly to stop it going off ( particularly in the intense heat of summer ) and so that other motorists on that road would not get it instead. And this did happen regularly.

While loneliness, isolation, lack of a social life, health issues and so much more – all can make for a very hard life and a huge challenge, for those people – they wouldn’t swap it. I often hear of Stations people who have to travel to the city occasionally and while they do enjoy all the conveniences and ‘luxuries’ the city offers – all they really want to do is get back home.

The locals are becoming increasingly involved in their neighbouring communities. This means a lot of travel with huge distances involved. The Outback scenery is nothing short of spectacular. It is so quiet, it could be considered eerie. City folk are now discovering the Outback and loving it. There’s an abundance of wild fauna, including koalas, kangaroos, wombats and a lot of brightly coloured birds. Some of the more challenging aspects facing visitors are the blow flies and the intense heat of the summer – the latter can be a killer. I dedicate a chapter of my book to the dangers of the Outback. I encourage travellers to do their homework and research and prepare, prepare, prepare before going out. Our Outback can be the best holiday anyone could take – but can also be life threatening if one ventures out unprepared.

A few years ago I had what I can only describe as an epiphany. It was the day that I took a new direction in life. And it’s a direction that I am absolutely thriving on. I feel that I am ageing backwards in fact. It was actually on a birthday – I woke up realizing that I needed to have my late father’s book published. Dad had been writing this book in his ‘spare’ time for the last 20 or so years of his life. He had literally just finished the manuscript when he died. For the following 17 years, that manuscript, along with the accompanying pile of photographs and documents, was passed between my three older brothers and me – over and over again. It reached me for the umpteenth time just before my milestone birthday – and I decided it couldn’t go on – it had to be published before our elderly mother passed away.

After a lot of research about how to publish a book, I found an Indie-publisher and it was released exactly one week after Mum passed away. I was devastated but I have been reassured that Mum knew something was about to happen and that made her a happy woman.

That paved the way for me to write Red Dust Dreams – my book about the Outback of Australia and the day-to-day life of the people on those huge, remote pastoral Stations.

It was a chance to finally combine my passions of writing and the Outback. My book is part of a ‘bigger picture’. Throughout my life I have felt incredibly frustrated at the sheer lack of interest, understanding and knowledge that many folk in the urban areas of Australia feel toward their country counterparts. I have often overheard people in the city say about those in the country: ‘For goodness sake. They’ve had their rain. What else do they want now?’ Yes, they might have had rain – and it’s fallen at completely the wrong time, ruining many of the things that many of those in the country rely on for their living.

Timing is actually essential out there. It can be the making or the complete ruin of something. Another aspect that really does irk me – daylight saving. While most of the rest of Australia has it, Western Australians voted unanimously against it – which actually surprised me. But, in overhearing conversations between some of the city folk – who voted FOR daylight saving – they are happily blaming those in the country. The reasons that the former feel the latter did vote that way are rather absurd and really do show an ignorance.

In writing my book, I really wanted to help educate/enlighten those who do not live in the country about the way of life of those who do live there. And from some of the comments I am receiving, readers are slowly but surely starting to learn exactly what I set out to do.

I really had no idea where to start. I do know a book plan is normally in order – and I didn’t have one. Not physically anyway. I used Google and followed my instinct. Some months later, I was ready to depart on my first research trip. This was the beginning of one of the biggest challenges of my life. A mammoth learning curve which I am still on.

I began all this in 2011. Red Dust Dreams was published early in 2017. But it has become more than a book – it has become a project. It now incorporates a documentary of the same name. Another part is a special YouTube channel which we will be launched in the New Year. I am also collaborating with two online fashion sites. I submit some of the many images I took at the Stations and they decorate with clothes and accessories. My photos are also on two photographic sites. And I receive more suggestions every day.

I am absolutely thriving on all this. A documentary has been started and is being made as funding allows. While it could easily be called ‘work’ – and can be very frustrating, overall I really do feel that I am ageing backwards because of it all. I have never been happier.

I have had some amazing feedback. The book editor for our main newspaper in Perth, The West Australian, said that he was astonished at the richness and variety of the stories as well as the images. Several people have told me they feel that they have been taken on a journey into the lives of the Stations people.

I hope my story inspires your own journey.

If you have a taste for adventure and find artistic inspiration in nature, consider a visit to the Australian Outback.

Lannah Sawers-Diggins is a wife, mum, grandmother, writer, freelance journalist, photographer, advocate and more. While she has lived in Perth, the capital of Western Australia, for most of her life, her childhood was spent in the Outback on the family sheep station in South Australia. Lannah is passionate about her family, the Outback and writing. For more information see: www.lannahsawersdiggins.com 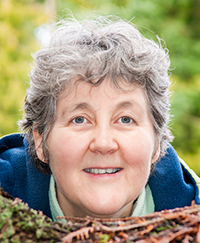 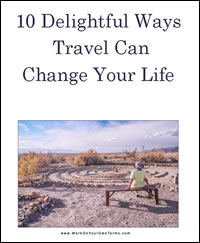 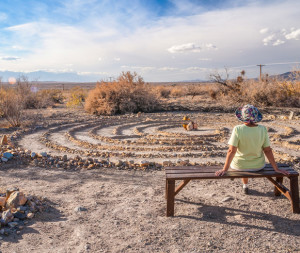